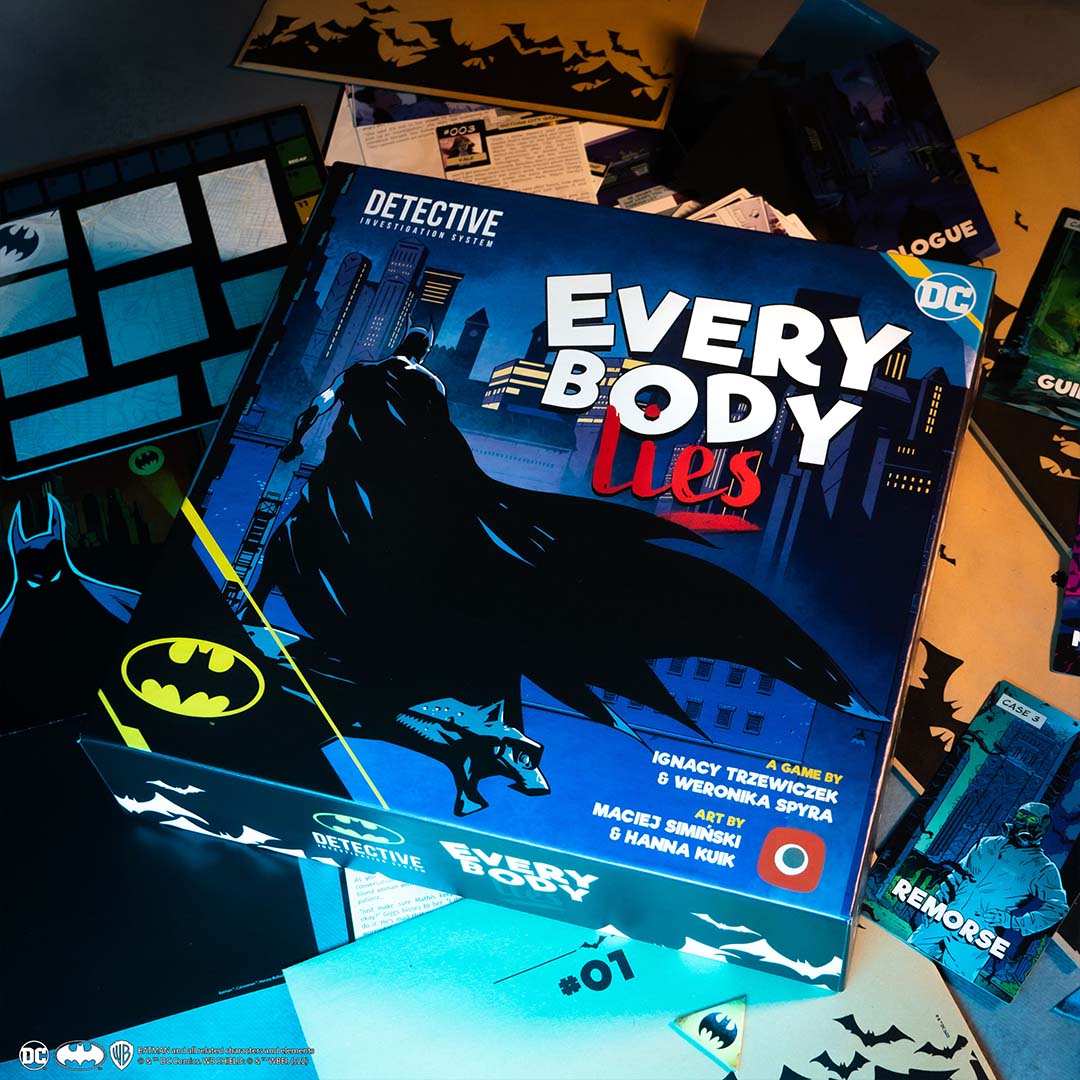 What is Batman: Everybody Lies?

Batman: Everybody Lies is a story-driven deduction game. The action takes place in Gotham, exploring various locations of this crime-driven city—from the grim and poverty-stricken alleyways to the sycophantic and wealthy social elite penthouses.

Intended for 2-4 players ages 14+, the game will feature three Episodes to investigate, and a short Prologue to help players familiarize themselves with the rules and the style of play. Each Episode can be played separately taking roughly 2-3 hours to play.

In Batman: Everybody Lies, players are challenged to solve a mystery with limited time and resources. They are presented with various clues and paths to begin their investigation, make their own decisions, and draw conclusions as they pursue different Leads. Players utilize a variety of game components to facilitate gameplay and push the narrative forward. Each Episode gives players access to up to 24 Lead cards that provide essential clues and plot points, along with a dedicated website, and additional resources included in the game box for authentic investigative immersion, which includes a Scene deck, Personal Goal deck, and the Gotham City Gazette archives.

Each Episode concludes with a Final Report that is processed through the website. The players must give correct answers to questions concerning the investigation and then they are presented with an Epilogue that reveals the resolution of the Case.