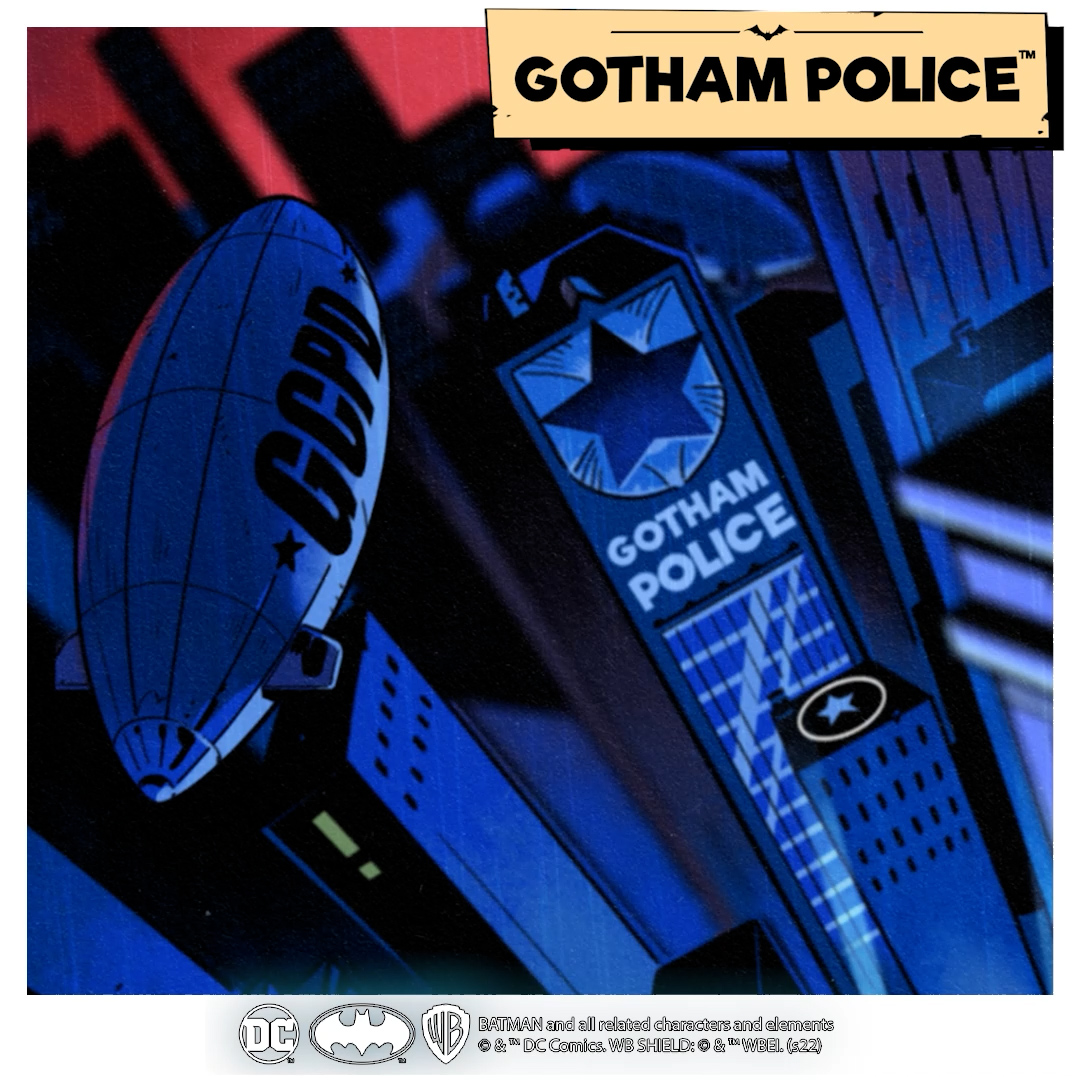 Locations in Batman: Everybody Lies

Batman: Everybody Lies takes place in Gotham City just a few months before Jim Gordon becomes commissioner. The streets are overflowing with crime and the city is drowning in lies, bribes, and injustice.

Players will visit some of the most iconic places in the city to investigate the cases. The game board comes with 8 unique Locations. Four of them are the main Locations: the Gotham City Police Department, City Hall, Gotham City Gazette, and Downtown.

At the Gotham City Police Department you can question suspects, browse through evidence found at the crime scene, or talk to police officers. In the City Hall, players gain access to the city’s archives and official materials from old investigations. This is also the place where you might have a chance to interact with some of the members of the city council. The Gotham City Gazette is a place where Vicki Vale and Warren Spacey work. It’s also where intense investigative journalism takes place and where you can browse the Gotham City Gazette’s archives. Downtown represents the city itself, all the pubs, restaurants, little corner stores, or forgotten parking lots.

In the game, you can also find access to four special Locations. These are the Underground, Blackgate Penitentiary, Arkham Asylum, and the Batcave. The first represents the criminal underworld. It is Warren Spacey who can facilitate access here, with his long history in the city, and vast networking, he is able to reach out to gang members and mobsters without risking his life. With him, you are safe in the Underground.

Blackgate Penitentiary allows players to talk to convicted criminals. There you can find regular, low-level wrongdoers, or even supervillains who ended up behind bars. It is Harvey Bullock, who has access to this place, can enter the prison, and question its inhabitants.

Arkham Asylum is a hell, crowded with infamous patients who should never again walk the streets of Gotham City. Access here can be gained through the master thief—Catwoman. With her, you can sneak into the Asylum and talk to those kept there. She is also the only one with access to the Batcave—though not always welcome—and she can ask Alfred or Batman for help. The high-tech devices and software provided by Batman may be a game-changer in some cases.

Playing Batman: Everybody Lies is a unique story-driven experience allowing players to visit fan-favorite places and interact with them in the pursuit of answers and evidence.