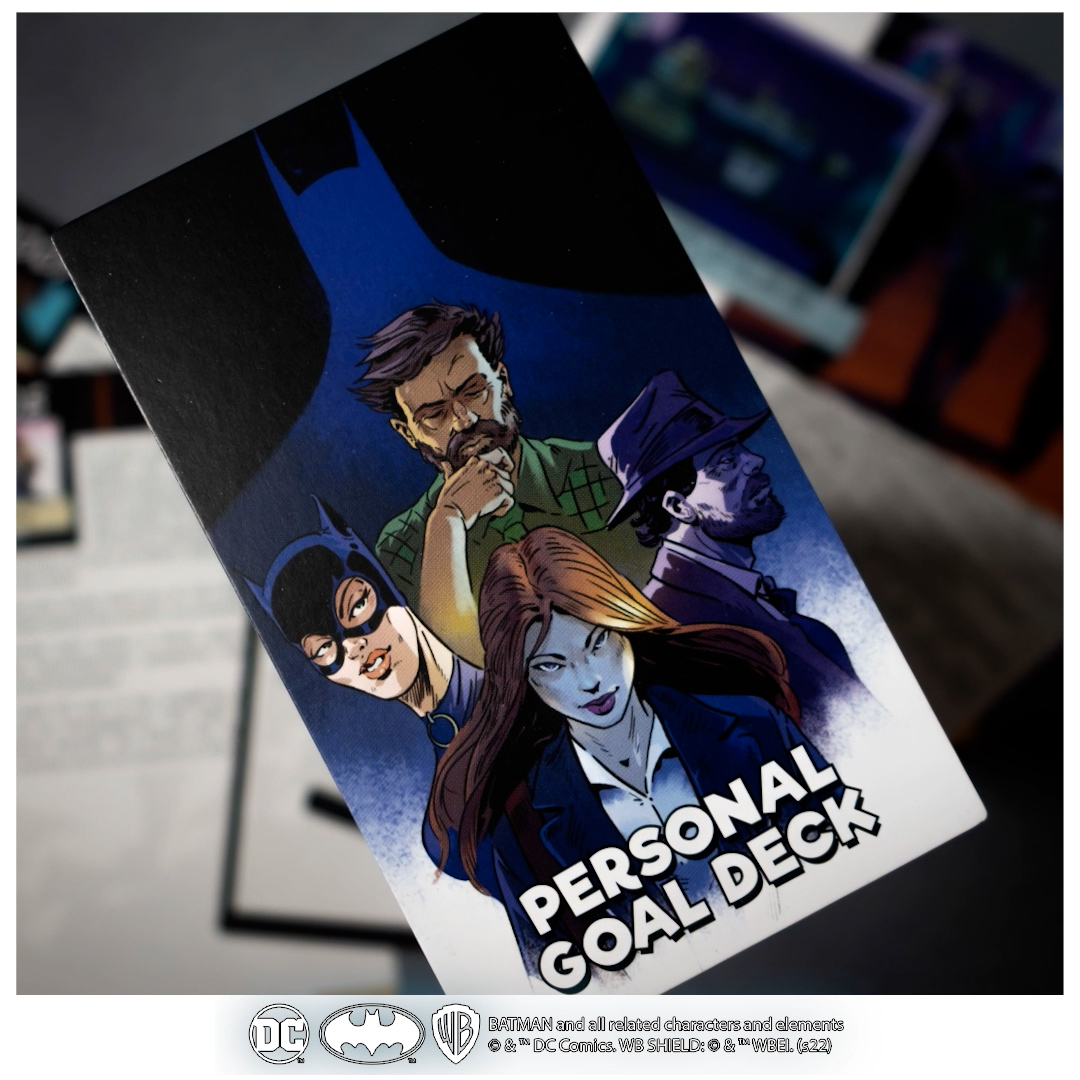 Gotham is a city of mistrust. Inhabited by lies and corruption. The only place in the world that doesn’t wake up innocent and bright in the morning. No rain can wash off all the sins rooted in these streets. Even its heroes are tainted.

Designing Batman: Everybody Lies, we knew we must represent this dark, noir theme. That’s how Personal Goals came into the rules. It’s a cooperative game in which all characters work together to solve the mystery and use their skills, knowledge, contacts, and wits to achieve the common goal.

Each Case in Batman: Everybody Lies starts with an Introduction that describes the Episode’s goals and the current situation in the city. In addition to that common Introduction, there is also an additional Introduction for each character, with their own information, their own point of view on the Episode, and their own goals to achieve.

Later in the game, as the Episode progresses and players discover more and more Lead cards, they may stumble upon the unusual instruction, something like: “Spend a Catwoman token to Read card C.”

If one of the players is playing Catwoman, they may spend their token and gain access to this mysterious card C. They may then read the card in silence, only for themselves—they’ve just learned something, discovered something, and pushed their personal goal forward.

There are 26 Personal Goal cards in the game. 26 moments when one of the players at the table does something in secrecy.

Gotham is a city of mistrust. Inhabited by lies and corruption. Will you fight to unveil its sins?

Come back to us on March 11 for another article, "Batman: Everybody Lies - A perfect marriage."