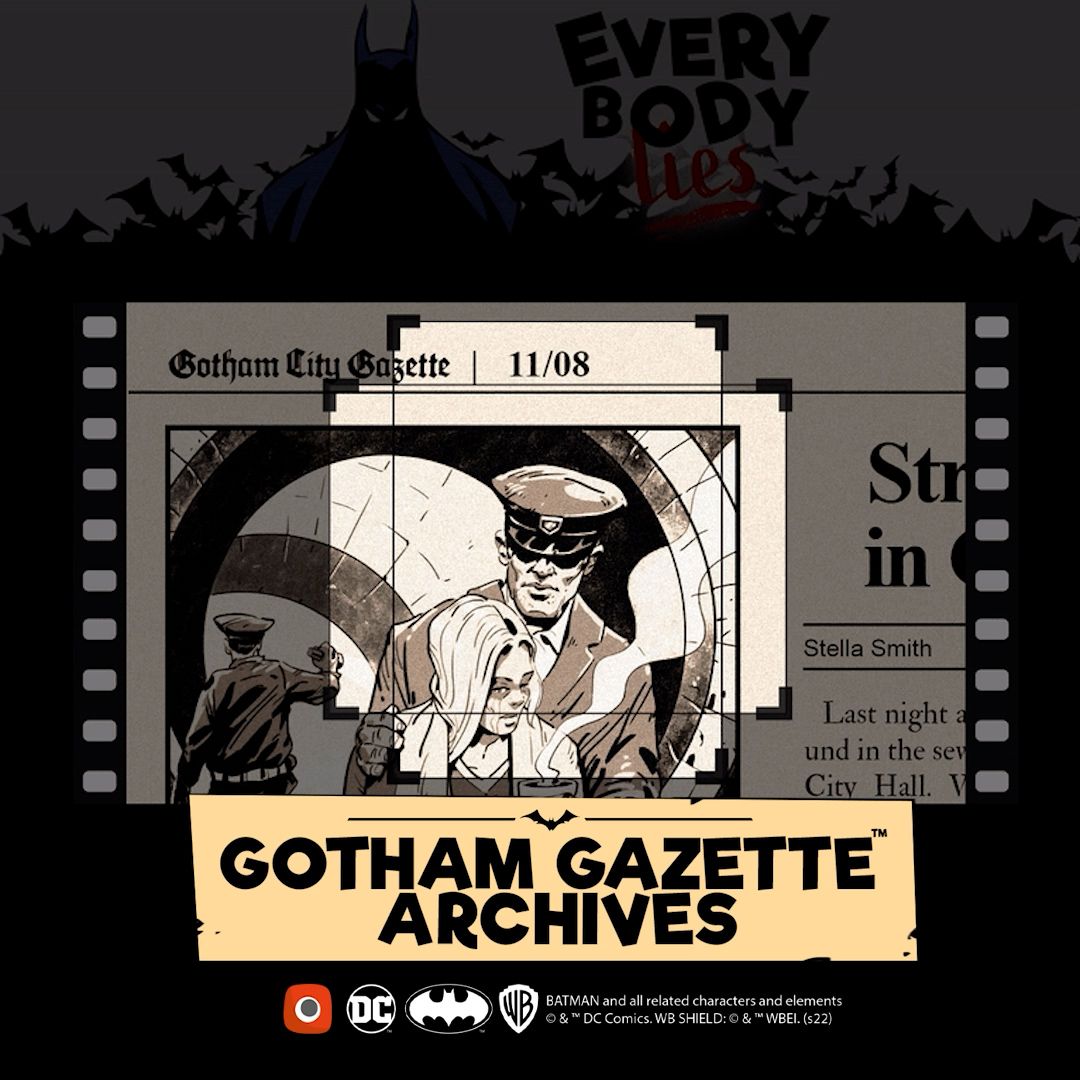 All Detective games have a small digital element. In the base game of Detective, players use a website to compare the suspect’s DNA with evidence found at the crime scene. In Vienna Connection, they use it to break KGB codes. In Dune: House Secrets, they use it to watch animated introductions that present the world of Dune. For each title, our development team looks for new ideas and concepts to match the theme of the game.

In Batman: Everybody Lies we decided the website will represent the Gotham City Gazette archives. Like in all those Hollywood movies—players will get access to the archives and browse old issues archived on microfilm. As you expect, they may find some terrifying mysteries that happened in the past and shine a new light on the present events.

The feature prepared by our sister company, Portal Games Digital, makes a stunning impression. You can navigate the microfilm archives of the Gotham City Gazette and zoom in at any space to read the article or watch the presented photo in detail.

Here is a gif that presents the feature.

Come back to us on March 17 for another article, “Batman: Everybody Lies – Campaign”.