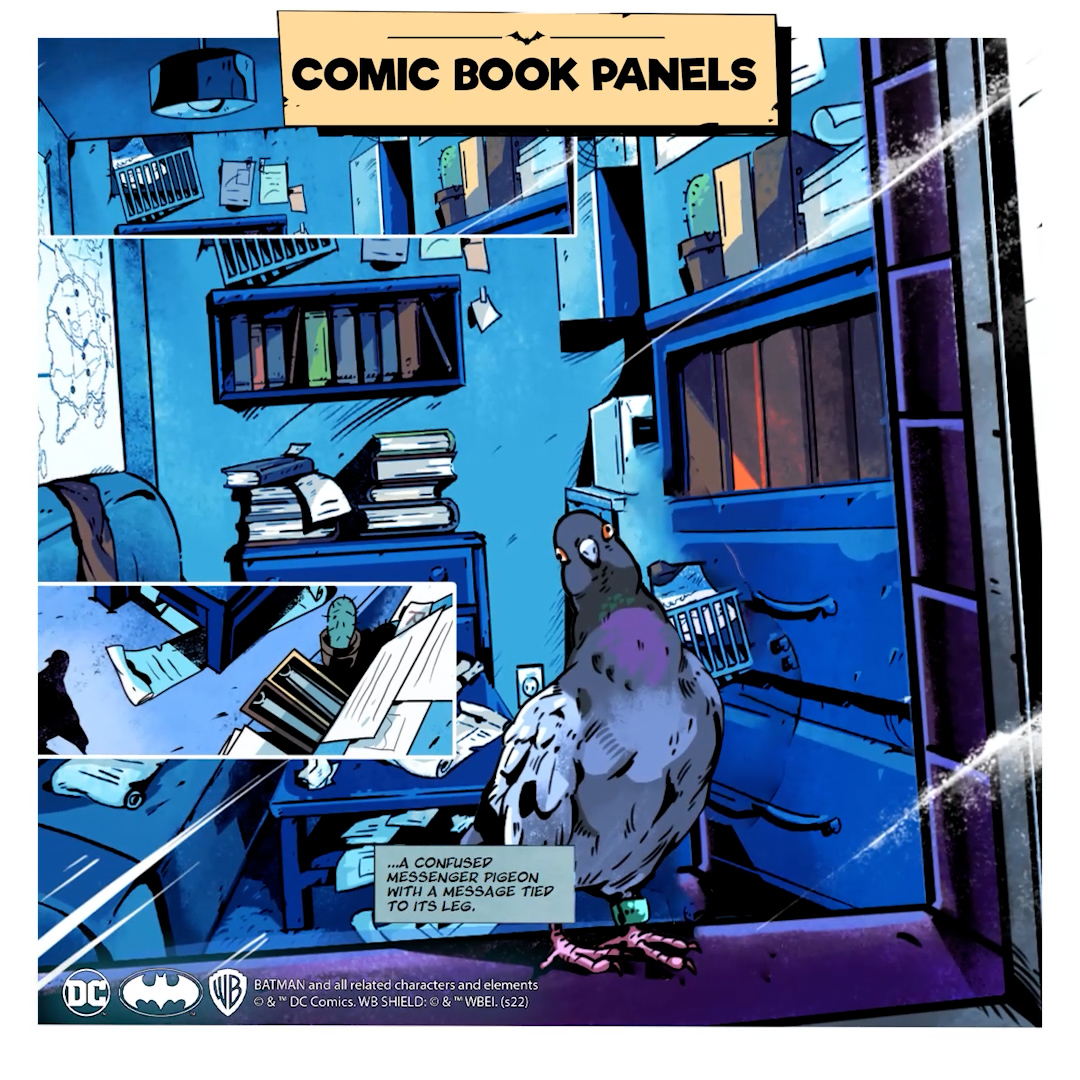 Carmine Infantino, Neal Adams, Greg Capullo, Jim Lee, Frank Miller—the list could go on and on. Batman is represented in as many great stories as he is in stunning illustrations and visuals of Gotham. When you think of Batman comics, you see stunning art pieces and comic panels presenting the dark city and the Dark Knight.

Designing Batman: Everybody Lies, we wanted to pay respect to the comic book origins of the story. We knew players would expect some way of incorporating comic panels into the gameplay. That’s how the Scene Deck came into the play.

At various moments in the game, players will have a chance to draw a card from the Scene Deck. It is a big card (70 x 120 mm) with stunning artwork presented in the form of a comic book panel. Illustrated by two Polish artists, Hanna Kuik and Maciej Simiński, these cards immerse players into the scene, putting them right into the action and environment. Scene cards let players visualize the rich world of Gotham City.

But that’s just part of the trick. There is more.

Some of these cards have hidden clues. Players will look carefully and search for the details, having their escape room style fun. Why does this person point in this direction? What is this person hiding in their pocket? What lies here in the dust of the street? These will be questions to ask while playing the game and carefully examining the panels.

The Scene deck consists of 30 beautifully illustrated cards. More than 30% of them have hidden clues. It’s your task to find them.

Come back to us on March 15 for another article, "Batman: Everybody Lies - Gotham Gazette archives".