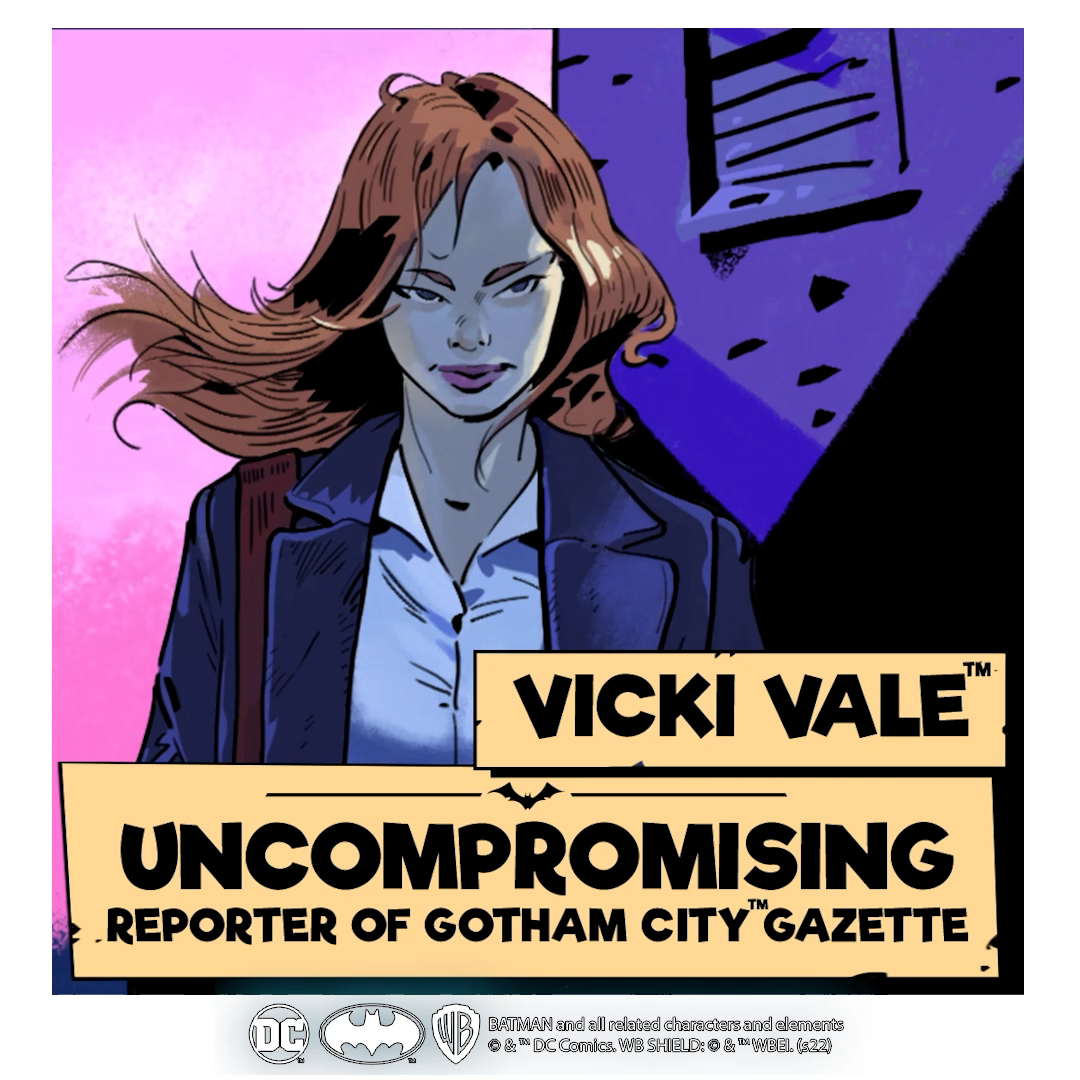 Batman: Everybody Lies consists of a series of stories that create a unique campaign. It’s a mystery that takes place in Gotham, and players investigate it over the course of a few game nights.

In this game, each player takes the role of an iconic character that lives in Gotham. Two of these characters are Catwoman and Vicky Vale. The first one is a famous thief, a controversial ally of Batman, and a complex character that walks the line between hero and villain. Her special ability in the game is that she has access to the Batcave. She is the one character who can reach Batman or Alfred if players need to.

Vicky Vale is a passionate journalist who works for the Gotham City Gazette. She is a strong woman who fights for the people of Gotham. She exposes politicians’ schemes and fears no one, no Gotham councilmen, not the wealthy elite, nor even the dangerous mobsters. She is respected by the common people of the city and she might be one of the last hopes of Gotham. Being a reckless journalist, Vicky has the in-game ability to refresh all Locations and make them available for players to visit again.

Now, let’s introduce you to the other two playable characters: Warren Spacey and Harvey Bullock. The first one is an investigative reporter working for the Gotham City Gazette. He is known as the first reporter to write an in-depth article about the Joker. Having lived in Gotham for decades, Spacey has survived countless attacks by supervillains and today, though a man with many enemies, he refuses to put down his pen no matter what criminal attempts to intimidate him. With his enormous experience and a network spreading over the entire city, Spacey’s ability allows players to reach and investigate the criminal Underground of Gotham City.

The last available character is Harvey Bullock—a detective of the Gotham City Police Department. He is known for his hard-shell style of work. Criminals have little hope when Bullock is involved. Receiving as much praise as reprimands for his sometimes brutal methods of work, he is one of Jim Gordon’s most trusted allies and friends. Though not the most righteous member of the Gotham City Police Department, he may be the most stubborn and reckless. His ability in the game allows him to access the criminals at Blackgate Penitentiary.