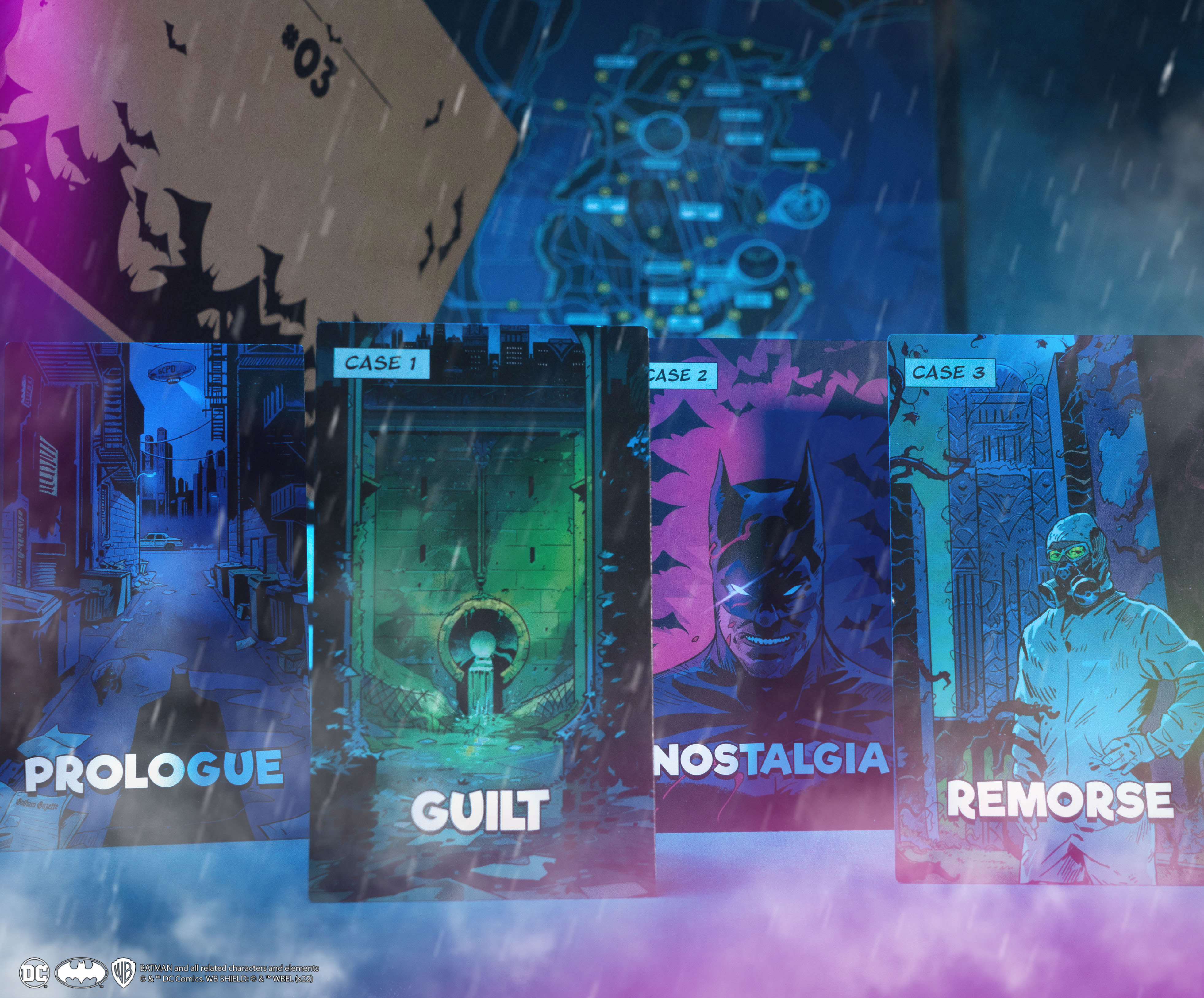 On March 27th, 2019, the 1000th issue of Detective Comics was released. We love Batman, both ongoing and limited. The Long Halloween, Hush, Three Jokers, White Knight—all of them present exceptional stories. If these were scenarios for a video or board game, instead of calling them limited series, we’d call them a campaign. Batman: Everybody Lies is a three story long campaign.

The game comes with a short Prologue case that can be played in 45 minutes—it teaches the rules and presents all the characters. Then, the real game begins. Batman: Everybody Lies consists of three big Episodes: Guilt, Nostalgia, and Remorse. Each consists of 24 cards and takes about 2-3 hours to solve. Each can be played separately, but…

It’s a limited series. You can grab one in the middle of the series and enjoy, but why would you do that, huh? You want to be there from the first pages, from the setting of the initial plot, through the growth of the story arc till the end and the grande finale!

Each Case can be played separately, but you won’t do that. You will enjoy them as a whole.

Each Case has a different goal, but they share non-player characters, villains, suspects, witnesses, and most importantly, they share a timeline—Nostalgia begins a few months after the events presented in the Guilt, and similarly, Remorse begins a few weeks after Nostalgia. The passage of time is the key here—the city evolves, some characters end up in jail, some get out, somebody switches jobs, and somebody gets killed. It’s the same city, over a period of a few months.