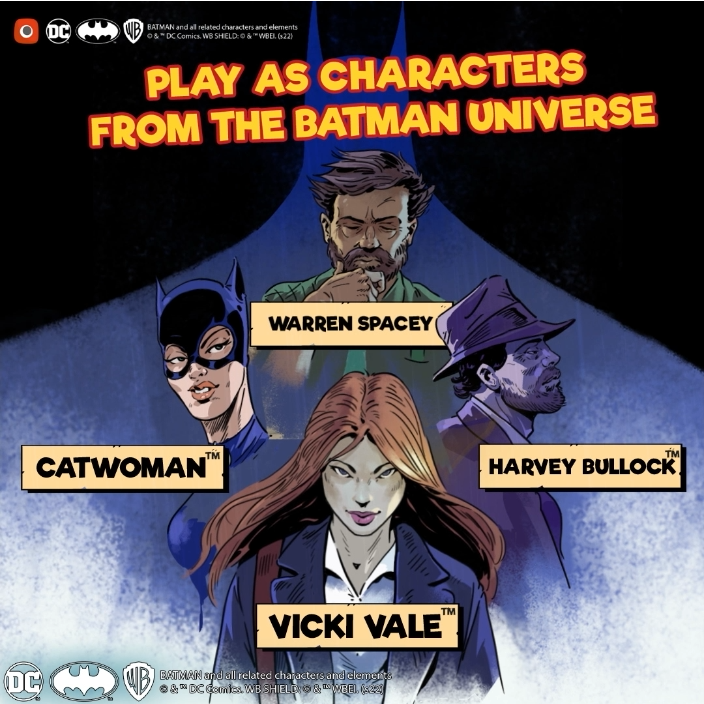 Batman Everybody Lies – A perfect marriage

Detective Comics is an American comic book series published by Detective Comics, later shortened to DC Comics. Published from 1937 to 2011 (and later continued in 2016), it is best known for introducing the superhero Batman in Detective Comics #27 (cover-dated May 1939).

Detective: A Modern Crime Board Game became a worldwide phenomenon after its release in 2018. The game was released in 12 different languages, was nominated for or won all major industry awards including the biggest one—Kennerspiel des Jahres in 2019, and started the whole family of titles including Detective: Season One, Vienna Connection, or Dune: House Secrets. It is praised for immersive gameplay and engaging mystery stories presented in each box.

You are right—Batman and Detective make a perfect marriage.

During the game, players take on the roles of investigators who take to the streets of Gotham in search of clues and leads. The dark streets of the city hide informants, petty criminals, and other suspicious characters. Underground parking lots, back alleys, forgotten little stores, and cheap bars are where player characters gather information. Gotham is a complex and ambiguous place, so posh apartments, offices in the highest buildings of the city, and exclusive restaurants are also visited in search of clues.  Crime fuels the terror of the city. It has its roots underground, in the abandoned metro tunnels, but it crawls up to the streets, and higher, to the highest and most respected offices of the city. The whole of Gotham is a mad scheme, a mystery always dragging someone down—a mystery the players must unlock.

Taking the role of iconic characters and interacting with fan-favorite villains like the Penguin, Poison Ivy, Mr. Freeze, or the Scarecrow, the game allows players to dive into the theme, to engage in the story, and get fully immersed. Walk the streets of Gotham, ask questions, and help Batman save the city.

There are many games about Batman. None of them approached Gotham from this perspective—took the origins of the story, Detective Comics—and made them the heart of the game.

Come back to us on March 13 for another article, "Batman: Everybody Lies - Comic book panels".